A Quest To Get Ticket Sales With Facebook Ads – Case Study

Every now and then a client asks for help to promote an event to get ticket sales. Two years ago, an art festival organizer approached us to promote their event in Vietnam. Below are the results, strategies and observations from running Facebook Ads for their event in 2017 and 2018.

Tickets sold in phases, targeting both Vietnamese and foreigners. Each phase lasted around a month with prices getting more expensive closer to the event. Vietnamese nationals received a special discount with the aim to boost local attendance.

A few caveats to mention before getting into the details:

This first step to taking on a new Facebook Ad account is to make sure that the setup of the sales funnel is correct. This includes items like the Facebook Business Manager and Facebook Pixel. We made sure that the ticketing provider had configured each page to track Facebook events at every step of the funnel.

When selling tickets online, the sales funnel looks very similar to an ecommerce store. Customers would add their ticket to the cart, confirm their details and then make payment. Tickets were issued via email and as people arrive at the event gates, they could confirm their purchase and be allowed to enter. Tickets were also sold at the gate.

The ticketing platform provider was able to map the Facebook Pixel to capture the value of the ticket and extras that were purchased. This was important as you will see as you get further into the case study.

Once the Facebook Pixel was correctly configured, it was time to define audiences. Traditionally, Facebook advertisers would define audiences for cold traffic only (Saved Audiences). Meaning that they would immediately start looking for audiences using interest based targeting to find people interested in attending an event like this.

Another one of our basic tenants is that retargeting audiences need to be defined across all platforms and event types. We created Facebook Custom Audiences for the following events:

These audiences gave us various ways to retarget and reach people who already heard of or engaged with the Organizer in the past. Remember that the Organizer had run their events in the past, but just not used Facebook Ads to sell tickets. The majority of these audiences were set up using a 1 year window. Website Events tracking was set for shorter time periods.

Before creating the ads, a few goals were defined.

Tickets were being sold in Vietnamese Dong (VND) for between $100 and $150 a ticket. Add ons included transport and accomodation at the event, which could be paid for on the ticketing platform directly.

Given that tickets were fairly expensive, relative to the country that they were sold in, we researched information regarding who attended the events in the past. Turned out that festival goers are mainly foreigners (not native Vietnamese) mostly from Europe, Australia, US and Canada.

Also, an interesting fact was that of the people who attended the event in the past, they were either living in Vietnam, or travelling in Vietnam, heard about the festival and showed up at the gate to buy a ticket.

Another one of the Organizer’s goals for the ads was to generate more engagement and interest from Vietnamese people as a way to introduce them to the festival and form connections.

Given the fact that Vietnamese people were also going to be targeted, ads needed to be written and created in Vietnamese alongside English ads.

Given the goals and audiences mentioned above we created campaigns focussing on Conversions and Event Responses.

A member of the the Organizer’s team translated ad copy from English to Vietnamese.

Images were created by a very creative graphic designer.

Given that the Organizer had a fairly large following, over 30,000 fans, taking a look at their Page insights we noticed that the majority of their audience were Vietnamese locals. The foreign component to the page was very low. This meant that we would be marketing to foreigners in Vietnam who may never of heard or seen a video by the Organizer.

We knew that getting the word out to Vietnamese people would be relatively easy. Vietnamese people have a high level of engagement on Facebook and Instagram. They comment, voice their opinion and share the word when they see something interesting, fun and controversial. Getting them to pay the price of the ticket was going to be difficult. The average monthly salary of a Vietnamese worker is around $150 as reported online.

There were two main target groups – Foreigners and Locals

We set out to build the audience of foreigners using video ads. These videos would have a soft call to action to just view the the Organizer website. The video was entertaining, had music native to the event and well edited. Videos were edited to between 15 seconds and 3 minutes depending on the platform where they would be shown.

Based on the level of engagement, and length that they watched videos, we would retarget this audience with ads which were a little more direct, promoting the event and asking to buy a ticket.

Targeting for the videos used interest based groups based on similar events that are held around the world as well as music genres which may interest foreigners living or travelling in Vietnam.

We generate interest by showing Facebook Event ads too. For people who clicked the event saying they were Going or Interested, we showed a retargeting ad if they had not yet bought a ticket.

For locals, we used a similar approach using video. The main difference was that the majority of campaigns focussed on past engagement or interaction. A series of testimonial and influencer ads were created. The Organizer interviewed local influencers and asked for their opinion about the event. These videos were edited and shown to Vietnamese people who knew about the event as well as those who did not. These ads proved quite successful in promoting the event to locals.

Ad copy was tested on each audience, with each video over a series of weeks to identify the winning headlines, winning text copy, winning videos, winning video thumbnails, winning call to actions and winning Facebook ad CTA button. Lower performing ads were turned off if they did not perform as well or better than the winning ad in the ad set.

A contest was held to generate interest locally in Vietnam too. All people needed to do was comment on a post on the Facebook Page, and tag other people who may be interested in the event. Winners were notified via messenger. We were not surprised to see that people who entered the contest, did also buy tickets after the contest.

Planned and executed correctly, a sales strategy supported by Facebook Ads can be more successful year on year. Building a history on your Facebook Account and Pixel helps Facebook understand your goals allowing for improved performance and conversions.

For businesses who wish to create or grow an existing business or event, the basics to get right include a well developed sales funnel and well executed and managed Facebook Ads.

If you would like to know more about our Facebook Ad services or have questions regarding your campaigns feel free to book a free 30 minute consultation.

Post a comment below and let us know what you think of the performance of this campaign. Thank you.

Disclaimer: Client names have been removed to protect the identity of the client. All data are factually correct. Performance of this campaign may not be representative of all Facebook Ad campaigns run. Your results will vary. 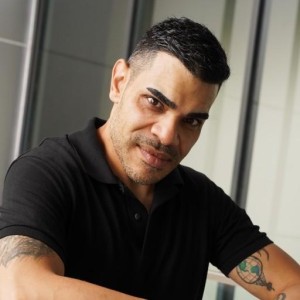 Enter your email address below to download the FREE mini guide.

7 Practical Tips On How To Boost Email Marketing Performance

Execute A Powerful Black Friday Campaign – How to Guide

Outsourcing: 5 Stages from Pain to Pain-Free

Testimonials How To Get Them And Make Them Work For You

Interaction With Potential Customers: Why It Matters

Login
We use cookies to ensure that we give you the best experience on our website. If you continue to use this site we will assume that you are happy with it. OkPrivacy Policy